What Will the Residential Tenancies Amendment Act Reforms Mean for Terminations?

The Residential Tenancies Amendment Act 2020 recently passed into law. Most changes are due to come into effect six months after the date of Royal assent, which was achieved on August 11, 2020.

As the changes for landlords are substantial, we will summarise what these changes will mean for Crockers’ clients in a series of three articles. This first article looks at termination changes under the reforms.

Removal of the Right to Issue No-Cause Terminations

Previously, periodic tenancies could be ended by the landlord for any reason without a requirement to tell the tenant why, with 90 days’ notice.

The Tenancy Tribunal can order penalties of up to $6,500 for a breach of this portion of the Act

Under the new law, periodic tenancies will only be able to be ended for the following reasons:

63 days’ notice can be given to end the Tenancy if:

Previously, fixed-term tenancy agreements could not be ended early unless by mutual agreement or Tribunal order.

Under the new law, a landlord will be able to terminate a fixed-term tenancy with 14 days’ notice where the tenant has physically assaulted the landlord or their family and the police have laid a charge.

Under the new law, fixed-term tenancy agreements will convert to periodic tenancies unless:

Previously, there was nothing in the Act to support tenants experiencing family violence.

Under the new law, tenants who are experiencing family violence can withdraw from a tenancy by giving two days’ notice, accompanied by appropriate evidence of the family violence. Regulations will be created to specify what constitutes evidence. Provisions are also included for protecting the privacy of a victim from unauthorised disclosure of this notice and in relation to Tenancy Tribunal hearings. Remaining tenants in the tenancy may receive a temporary rent reduction formula.

Previously, landlords could evict a tenant following one example of anti-social behaviour.

Under the new law, a landlord must issue a tenant three written notices for separate anti-social acts within a 90-day period before they can apply to the Tenancy Tribunal to end the tenancy. The landlord must apply within 28 days after the third notice to the Tribunal.

Where a tenant challenges a notice of anti-social behaviour in the Tribunal, the landlord must prove the behaviour occurred.

Anti-social behaviour means: harassment; or any other act or omission (whether intentional or not), if the act or omission reasonably causes alarm, distress, or nuisance that is more than minor.

What Does the Notice Need to Include?

Each notice for anti-social behaviour must describe clearly which specific behaviour was considered to be anti-social and if known, who engaged in it. The notice must also provide the tenant with the date, approximate time and location of the behaviour and state how many other notices the landlord has issued the tenant within the same 90-day period. Finally the notice must advise the tenant of their right to challenge the notice by making an application to the Tribunal.

What About Tenant Notice?

Tenants must currently give 21 days notice of their intention to terminate a tenancy.  This will change to 28 days.  The tenant does not need to give a reason for termination.

If the Tribunal considers that the notices were issued reasonably and fairly, it must make an order terminating the tenancy.

The Tribunal will not make an order for termination if it considers the circumstances in which the behaviour occurred or the notices were given would make termination unfair; or where the landlord was motivated or wholly or partly by the exercise or proposed exercise by the tenant of any right, power, authority, or remedy conferred on the tenant by the tenancy agreement or any complaint by the tenant against the landlord relating to the tenancy (unless the Tribunal is satisfied that the purported exercise or complaint would have been frivolous).

When Do These Changes Come into Effect?

Royal assent was achieved on 11 August 2020. The majority of these changes are due to come into effect six months after Royal assent.

The termination ground of a tenant physically assaulting a landlord, and the ability of tenants to terminate a tenancy because of family violence, require regulations to be made and must come into effect 12 months after the day of Royal assent, but may come into effect earlier if the Government agrees, using an Order in Council.

For further information, see our articles which will cover reforms to tenancy agreements and other changes  resulting from the Act. 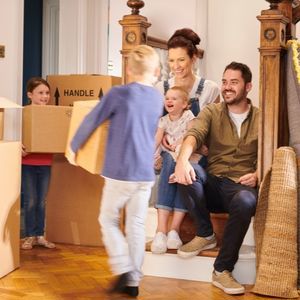 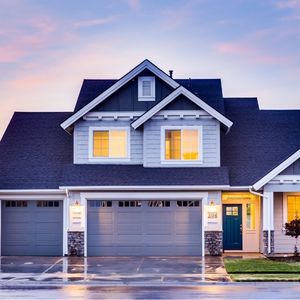