Understanding the Jargon of Bodies Corporate

If you’re new to a body corporate or are still feeling out of your depth with all the jargon used, we’ve put together this handy list of commonly used terms to help you out. If you’re in a different sort of community living entity such as a cross lease or Incorporated Society, don’t worry – there’s another article coming for you soon!

When a multi-unit dwelling is developed it is generally on a form of land title called ‘unit title’ or ‘strata title’. In such a multi-unit dwelling, there will be property which is ‘common’ to more than one of the units in the complex. So for example, an apartment building will have a lobby, and a roof, and a lift, and parts of the building envelope, which serve more than one unit. That type of property is called ‘common property’ – that is, it is part of the property which is owned by all of the owners ‘in common’ with one another. As part of the creation of the titles for a unit title complex, the developer creates and lodges what is called a ‘unit plan’. This is the document which sets out which parts of the building are private property, and which parts are common property. At the time that the sub-division of the original land title into the private units and common property is effected, a ‘body corporate’ comes into existence. The body corporate is a legal entity, distinct from the owners, but made up of the owners, and the body corporate owns and manages the common property in the complex. Bodies corporate are governed by the Unit Titles Act 2010 and that Act’s associated regulations.

In the context of a unit titled development, this means property which belongs to an individual unit and is not shown as Common Property on the unit plan. Private property is the responsibility of the owner of the relevant unit, while common property is the responsibility of the body corporate (which is of course, all of the owners of units within the development).

Units shown on the Unit Plan as such. Principal Units are usually homes or business premises, but may in some cases be carparks.

The Unit Titles Act 2010 provides a default set of Operational Rules. These are brief in detail and cover items such as parking and storage on the common property. Most bodies corporate will have lodged their own Operational Rules.

Utility Interest is the figure used to raise costs associated with running the complex, such as the long-term maintenance fund, contingency fund and day-to-day operating account. It can be changed by Special Resolution (75 percent) at a General Meeting but whatever the figure is, it needs to be fair and equitable. Should Utility Interest be changed, there can be no further review for another 36 months.

Ownership Interest is the figure used to raise the funds for items such as the capital improvement fund and determines an owner's voting percentage in the event that a poll is called. It can be changed but must be done by a registered valuer, and is based on the relative value of your unit when compared to others in your body corporate.

An estimate of the costs that the body corporate will incur in the coming financial year, which is considered and approved by owners at a General Meeting. Once a budget is approved, it becomes the basis of the levies that you pay. The total payable in respect of each unit is (generally) calculated by applying the Utility Interest of each Principal and Accessory Unit, to the total of each item in the budget.

Also called 'body corporate levy' or 'body corporate fees', this is the annual contribution which each unit owner is required to pay in respect of their unit (based on an approved budget and their unit's Utility Interest) to enable the body corporate to meet its commitments. A body corporate might also raise a "special levy" for a special project – see definition below. Note, you have to have paid your all levies outstanding to be able to vote in General Meetings, or to count towards quorum.

Technically there isn't any legal difference between a levy that a body corporate raises to cover its operating costs, and a levy that it might raise for a special purpose such as a remediation project. To keep things simple and to distinguish between ongoing costs and one off costs, most bodies corporate that need to raise money for a special purpose will refer to the levy on members as a "special levy". As with ordinary levies, though, there will be a budget which is the basis of the total amount raised. Each unit's Utility Interest is applied to the total sum to be raised, which determines how much of the total each unit will have to pay towards the cost. See above repayment of levies.

Owners elected at a General Meeting to govern the body corporate in accordance with the Act. The Committee is delegated much of the power of the body corporate between General Meetings and liaises with the Body Corporate Manager and / or Building Manager. The size of the committee and the quorum which shall apply is determined each year at the AGM. It is important that the size of the group be workable, so that meetings can be arranged and decision making is effective; what this is will depend on the development and the projects in front of the body corporate.

These require a 75 percent majority of those present, entitled to vote and that vote, must vote in favour of the motion. Special Resolutions cover items of significant importance to the body corporate, such as amending Operational Rules or changing the Utility Interests.

Written authority given to someone else to allow them to attend and vote on behalf of the registered owner(s) at a General Meeting.

The number of owners that must be present or represented at a General Meeting of the body corporate to allow it to conduct business. The figure under the Act is 25 percent of the units in the complex, by number of units.

All buildings need maintenance, and it’s harder to plan for this in a complex conjoined development than a stand-alone home. The UTA 2010 requires all unit title complexes to have a document which addresses the future maintenance requirements of the complex, and estimates when these major projects will be required. These vary in complexity and quality; good ones provide a sense of when major capital items like lifts, rooves, cladding and plant should be expected to be required.

The Long Term Maintenance Plan should be accompanied by a fund to which all owners contribute annually to build up funds to pay for the work identified in the plan. Not all complexes do this; while it is compulsory to have a plan, a body corporate may resolve by Special Resolution not to establish and maintain a fund to match.

Under the Unit Titles Act 2010, sellers are required to provide disclosure statements to help provide buyers with information that can assist in their purchase decision. The Act provides for three types of disclosure:

The first two statements are mandatory and cannot be contracted out of – that is, an agreement to not provide those documents is not legally enforceable, and the other party can still insist on the remedies available if this document is not provided.

Pre-Contract Disclosure Statement has a standard format and it is expected that the owner will prepare and provide this.

Pre-Settlement Disclosure Statement comes in two parts, the statement and then a certificate. The statement must be signed by the owner and the certificate by the body corporate.

Additional Disclosure Statement is at the discretion of the purchaser, who must pay all reasonable costs associated with it. 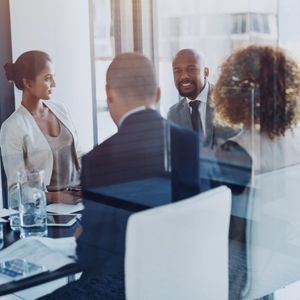 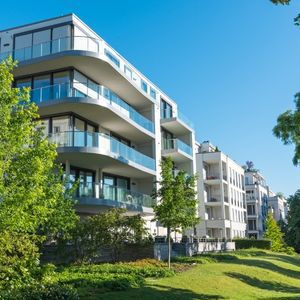 All About Body Corporate Fees